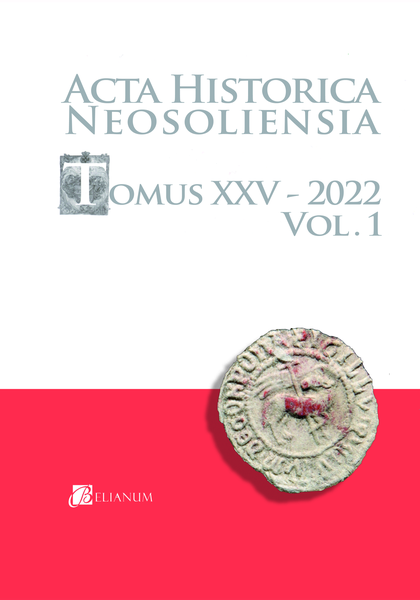 Abstract: After the restoration of Polish statehood in 1918, its foreign policy began to rebuild. Its limits were given mainly by its geopolitical location between the two great powers – Germany and Russia, respectively. Soviet Union. Although those states were in the position of defeated or ostracized ones after the war, they always had hidden territorial interests in Poland and did not intend to ac-cept the loss of territory in favor of a restored Poland. The relations with the Bolshevik Soviet Union, with which Poland led the bloody war until 1921, which resulted in the acquisition of western Lithuanian, Belarusian and Ukrainian territories, were particularly pronounced. Thus, the interwar Polish policy had to face with the still difficult task of maneuvering between these two stronger powers, which have become hegemons of power in this part of Europe since the thirties years. Although Polish foreign policy tried to maintain the necessary alliances with the guarantors of the after-Versailles division of Europe, especially with France and Great Britain, respectively to build the concepts of one’s own power-security bloc (so-called Intermare), the revisionist policies of the neighboring great powers became decisive for its future. Because the growing confrontational policy of Nazi Germany, the relationship with the Soviet Union became crucial. Unfortunately, in those relations, despite efforts to build regional collective security systems, the aversions and fears caused by the recent war were never overcome. The inability to agree on a common defense or the promotion of wider collective security and the excessive relations distinctiveness of Warsaw and Moscow ultimately meant the victory of pursuing only one’s own power and security interests. This, with the reality of encirclement by the totalitarian powers, ultimately resulted in a tragic so-called Fourth Division of Poland.